I have definitely come across some characters in my reading that I'd love to throttle. There's even one or two in my writing that drive me crazy. A prime example of that being Ariel in Adventures in Funeral Crashing (still free as an ebook, btw!) because she can just be so mean and yet...maybe there's still a friendship there between her and Kait, so why is she being so mean?

Check out the full list of my Top 10 Most Frustrating Characters on my blog Writer Girl in LA! Top 10 Tuesday is an internet meme hosted by The Broke and the Bookish and I try to participate every Tuesday!

1. Tally from Pretties & Uglies & Specials by Scott Westerfeld - Okay, by the time I got to Uglies, I was getting annoyed with her. I can't read Specials because I'm still mad. Don't get me wrong. I enjoyed Pretties, but sometimes I just didn't like Tally very much. I mean, I understand the horribleness she's going through - well, as much as I can since I don't live in that world, but still she started driving me crazy!

2. Dolores Umbridge from The Harry Potter Series by JK Rowling - I was just so frustrated for Harry because when Dolores had him in his grip, he was powerless and she was oh, so evil! So, I was angry and frustrated for him.

3. Becky Bloomwood from the Shopaholic Series by Sophie Kinsella - Don't get me wrong - I love, love, love Becky, but she can get a little frustrating when she takes things too far! I laugh at first, but then it sometimes gets painful! Like, I'm in the middle of Mini Shopaholic and um, Becky, come on - don't make Luke's assistant hound him about you wanting to have another baby! The poor assistant! And, okay, maybe that's because I've done the whole assistant job, but still! Ahhhh! Frustrating!

That's only 3 of my 10, well kind of, to see more check out the full post on my blog Writer Girl in LA: Top 10 Most Frustrating Characters!
Posted by Milda Harris at 2:44 PM No comments: 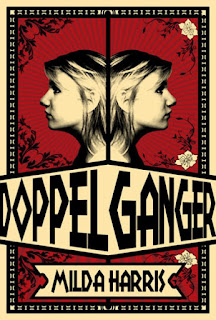 There's a new book review of my YA Scifi/Horror Romance Doppelganger by Henry Circle at YA REVIEWS AND NEWS - make sure to check it out and leave a comment!

Here's a teaser of her review: "Milda Harris has done what previously seemed impossible by stitching together intriguing paranormal happenings, edge-of-your-seat action scenes, a juicy mystery..."

AND THERE'S MORE! So, check out the whole review!

I have a Guest Blog Post on the book blog The Boundless Book List today - TWINS IN YA FICTION. I talk a little bit about my newest book, Doppelganger, and then go into some of my favorite books about twins in young adult fiction! Check it out and leave a comment below the post! I had a great time coming up with and writing the post and Joana from The Boundless Book List is awesome, so check out her blog too!

Okay, now go to The Boundless Book List: Twins in YA Fiction and read my guest post!
Posted by Milda Harris at 11:18 AM 6 comments:

Settings are so important and I've been taking them for granted in my reading. In my writing, though - setting is everything! I mean, one of my series is about funeral crashing for goodness sake! So, setting is definitely very, very important! This top 10 just made me think a lot more about it and it actually gave me a couple of ideas for future books.

Check out the full list of my Top 10 Settings That I'd Like To See More Of on my blog Writer Girl in LA! Top 10 Tuesday is an internet meme hosted by The Broke and the Bookish and I try to participate every Tuesday!

1. Paris, France - Okay, maybe I'm just dreaming of going there, but I'd like to read some more books set in Paris, France. Hey, a really good story will make me want to go there more!

2. Alternate Universes - Maybe I'm just too much of a Fringe-a-holic (shhh, I didn't watch the last season yet and I don't want to know!) but I love the idea of alternate realities and stories that are set in them all coming together!

3. Catalina Island, CA - I went there on a mini honeymoon after getting married and it's a cute little island. There could be some fun stories written about living there! Like, quirky characters! Maybe that's another novel I need to write!

That's only 3 of my 10! Some of the others are reading goals...because I'm a reader too! Make sure to check out the full post on my blog Writer Girl in LA: Top 10 Settings I'd Like To See More Of
Posted by Milda Harris at 11:43 AM No comments:

Movie Cast: The New Girl Who Found A Dead Body 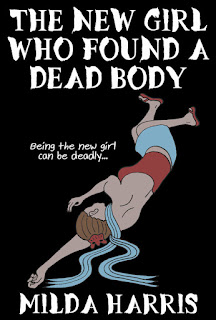 Here are my ideas on a movie cast for THE NEW GIRL WHO FOUND A DEAD BODY!

It's a YA horror mystery in the vein of RL Stine's Fear Street books or Christopher Pike or Lois Duncan:

Chloe is excited about spending her senior year of high school in California with her friend Jake's family. Even the usual dread of being the new girl can't bring her down. That is, until she stumbles across the dead body of the most popular girl in school, Lora Kelly. Now she's receiving threatening notes...will she be next?

Everyone is a suspect. There's her childhood friend Jake, who she's known forever and there's his girlfriend, Kate, who is insanely jealous of any girl in Jake's vicinity. Or is it Grey, the mysterious, handsome, and arrogant rich boy who has a passion for photography and Chloe is already falling for? Chloe doesn't know who to trust and time is running out before the killer strikes again...

Ideas for THE MOVIE CAST:

The new girl who finds a dead body.... 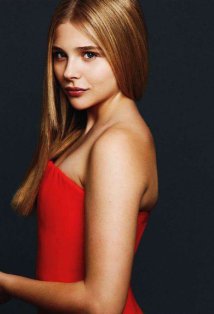 JAKE: Chloe's childhood friend, all grown up, could be played by Keegan Allen (from Pretty Little Liars):


The best friend...all grown up. 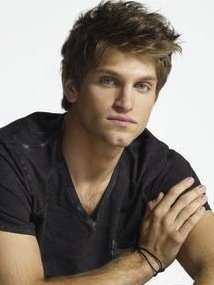 GREY:  The mysterious, handsome rich boy, who Chloe falls for might be played by Logan Lerman (from Perks of Being a Wallflower and The Percy Jackson movies)...if he grows his hair a little longer. 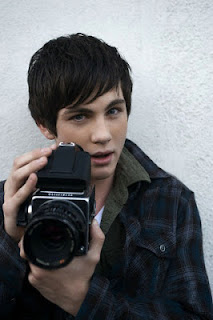 These are my thoughts for the main characters so far! Anyone have different ideas on who they'd like to see play these characters? Or, any ideas on who should play Lora Kelly or Jake's girlfriend Kate or Chloe's friend Emma? Let me know who you would like to see in a movie version of The New Girl Who Found A Dead Body!

It's fun to think about! I'd love to see it on the big screen!

I'm keeping the ideas flowing on my Pinterest account: Movie Cast The New Girl Who Found A Dead Body so make sure to check them out and repin and comment!

Check out the full list of my Top 10 Bookish Goals for 2013 on my blog Writer Girl in LA! Top 10 Tuesday is an internet meme hosted by The Broke and the Bookish and I try to participate every Tuesday!
Here's 3 of my bookish goals...all writing related!:

1. Write more books this year! Since I'm a writer as well as a reader, I have to include this because storytelling takes up a lot of my reading time and it's just as important because I love telling stories. I'd like to finish up 6 books this year. That's one every two months or if I get in a crunch, one a month! I can do it! Especially since it includes three half finish novels I've already started!

2. Read at least six books by other Indie Authors. I've been slacking on reading books by people just like me who are trying their hand at putting their writing out there. I need to support my peers more, so this goal is all about supporting others. Anybody have any suggestions on who I should read? I love YA pretty much any genre and in adult fiction, I pretty much stick with anything that has romance in it or is just a plain fun read.

3. Another indie author goal for me, is to make book trailers for all of the books I currently have out. It's a massive undertaking, but I know I can do it!